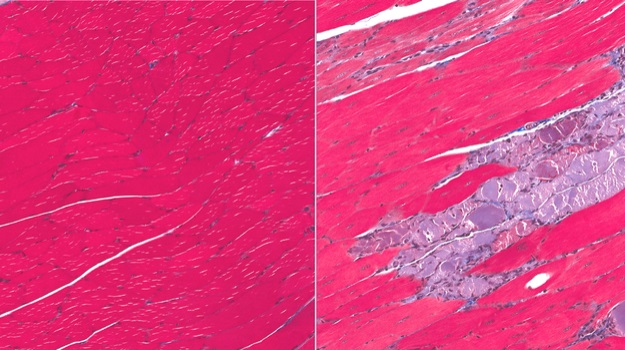 For many companies, artificial intelligence has become a key tool in drug development. Now, two companies that specialize in AI-backed drug development are teaming up to take on the rare disease known as Duchene Muscular Dystrophy.

Rockville, Maryland-based Insilico Medicine and A2A Pharmaceuticals, Inc. joined forces on a new venture called Consortium.AI. The new company will use artificial intelligence to advance discovery of small molecules for the treatment of DMD and other orphan diseases. The startup said, “computationally pre-optimized new drug candidates have already been designed for targets validated through Insilico’s artificial intelligence system.”

The new company will be managed by A2A and it will also provide the “development expertise” for the compounds. The two companies will collaborate on research programs for DMD and the other disorders. Insilico pioneered the applications of its generative adversarial networks (GANs) and reinforcement learning (RL) program for the development of novel molecular structures for the diseases with a known target and with no known targets.

How the new Consortium.AI intends to tackle DMD and other orphan diseases was not disclosed. Nor did the companies disclose what kind of funding the new enterprise will have. There was also no mention of how many employees will staff the new business entity.

DMD is associated with specific errors in the gene that codes for dystrophin, a protein that plays a key structural role in muscle fiber function. One of the most common fatal genetic disorders, DMD affects approximately one in every 3,500 boys born worldwide. The condition is universally fatal, and death usually occurs before the age of 30. It wasn’t until 2016 that the U.S. Food and Drug Administration approved the first DMD treatment – Sarepta’s Exondys 51. It was the first drug of its kind for DMD patients and its approval was not without a lot of contention. Sarepta is on its way to seeking approval for a second DMD drug in the United States, golodirsen.

Elena Diez, head of business development at A2A, said there is a “huge need for more effective therapies” for muscular dystrophy. Diez said the partnership with Insilico will combine the strengths and “complementary technologies” of the two companies to drive better therapeutics into the clinic.

Consortium.AI will harness Insilico’s AI biology and target discovery engine and combine it with A2A’s state-of-the-art chemical design expertise in drug development. The new company’s goal is to use AI to “enable dramatically faster and less expensive development of more effective therapeutics.” The two companies did not provide more information on how they intend to target DMD or what other orphan diseases they may approach in their drug discovery efforts.

Insilico Medicine has had a busy year. In June the company inked an agreement with WuXi AppTec to test Insilico Medicine’s GAN and RL-based drug discovery pipelines. The companies set goals to apply next-generation AI to discover the ideal pre-clinical candidates for novel and challenging biological targets, including orphan targets with no known crystal structure and no known ligands, the companies said in June. In March Insilico launched a Taiwan-based research and development center that will focus on the development and validation of GANs and “reinforcement learning for medicinal chemistry applications.”