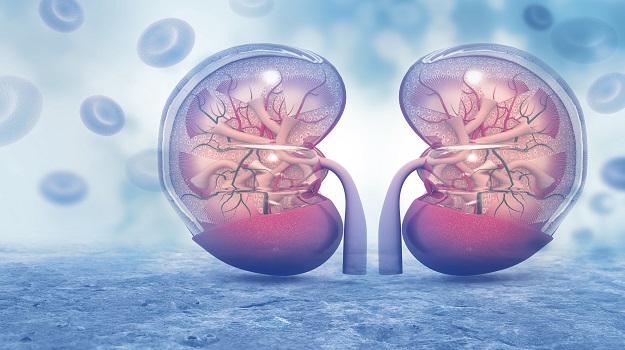 Tokyo-based Astellas Pharma announced that its roxadustat met its primary endpoints in the Phase III ALPS clinical trial in chronic kidney disease (CKD) patients with anemia not on dialysis. The focus of the drug is on anemia.

“The ALPS study adds to the growing body of evidence to support roxadustat as a potential treatment of anemia associated with CKD,” said Salim Mujais, senior vice president and global therapeutic area head, Medical Specialties Development for Astellas, in a statement. “This condition can have a debilitating impact on the patients affected, and we look forward to continuing our work to potentially make a new therapeutic option available to the physicians who care for them.”

CKD affects more than 200 million individuals globally. It’s more common in an aging population, although it can happen at any age. A common complication of CKD is anemia and is linked to morbidity and mortality in patients both on and off dialysis.

Roxadustat was discovered and developed by San Francisco-based FibroGen. It is an oral medication and is currently in three Astellas Phase III trials. Astellas is working with FibroGen on developing the drug in Europe, the Commonwealth of Independent States, the Middle East and South Africa. FibroGen and AstraZeneca are collaborating to develop and commercialize the drug for anemia in CKD patients in the U.S., China and other markets.

Astellas is known for its prostate drug Xtandi (enzalutamide) it developed with Medivation. At the end of June, the company reported Xtandi sales grew 18.3 percent year over year to $743 million. Its focus has tended to be on Xtandi and oncology. About 40 percent of its pipeline is for oncology indications.

BioPharmaDive notes, “Despite that focus, Astellas has been on a tear to diversify. Last month it acquired Quethera, a UK biotech developing an ophthalmic gene therapy, in a deal potentially worth Á85 million ($109 million). And in 2017, it agreed to pay up to $450 million for Mitobridge, which works on medicines for improving mitochondrial functions, and up to $820 million for Ogeda, which operates as a women’s health drugmaker.”

Astellas has nine urology and nephrology compounds in its pipeline. Roxadustat is one of its most advanced candidates.

Before, Towle was senior director, Oncology Marketing at Astellas, where he led the Xtandi marketing and branding efforts. He joined Astellas in 2011.

“Astellas is committed to making a difference in the lives of cancer patients through an emphasis on innovation and R&D,” Reisenauer said in a statement. “I am confident that Geoff’s proven experience leading pipeline and in-line oncology brands in the U.S. and globally across numerous tumors and other therapeutic areas will help Astellas continue to reach its commercial goals, while always keeping patient needs at the center.”