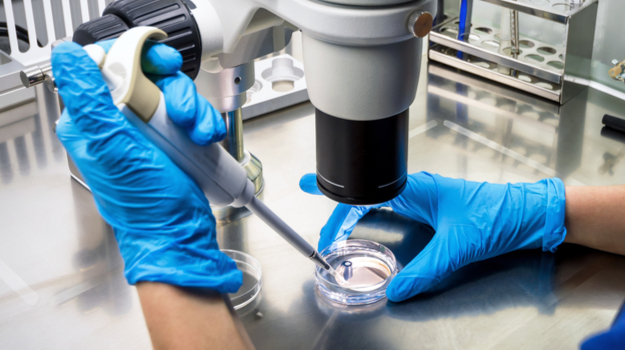 There are plenty of great scientific research stories out this week. Here’s a look at just a few of them.

Although antiretroviral drugs have done a great deal to manage HIV infection, the viruses have developed resistance against monotherapies. Researchers with the University of Cologne,German Center for Infection Research (DZIF), and Rockefeller University in New York published two articles on broadly neutralizing antibodies. The research was published in Nature and Nature Medicine.

Broadly neutralizing antibodies have longer half-lives than antiretroviral drugs and are capable of directly targeting the virus. The researchers studied giving a combination of antibodies 3BNC117 and 10-1074 in 30 HIV-infected patients. They were infused up to three times per person and were well tolerated. The group taking antiretroviral drugs at the beginning of the trial had significant reductions in their viral load. In a second group that received the antibody combination who paused their antiretroviral drugs, no viremia was detectable in many of the participants for several months.

“The results of this clinical trial highlight the potential for antibody combinations to maintain long-term control of HIV,” stated Henning Grull, co-first author of both articles and resident physician at the Institute of Virology at the University Hospital Cologne.

The Microbiome’s Influence on Cancer

The human body is the home of millions of types of microorganisms. It has recently become a hot area of research, as more and more is learned about how the microbiome affects health and disease. Researchers at the University of Colorado Anschutz Medical Campus publishedresearch in the journal Cancer Cell describing how leukemia hijacks the microbiome to feed itself.

“Leukemia cells create a diabetic-like condition that reduces glucose going to normal cells, and as a consequence, there is more glucose available for the leukemia cells,” stated Craig Jordan, researcher at University of Colorado Cancer Center, division chief of the Division of Hematology and the Nancy Carroll Allen Professor of Hematology.

Similar to diabetes, cancer depends on insulin. Healthy cells require insulin to metabolize glucose. Cancer cells, which are rapidly dividing, require even higher levels of glucose. Cancer cells trick fat cells into over-producing IGFBP1, a protein, which makes healthy cells less sensitive to insulin. This may also be a link between cancer and obesity—the more fat cells, the more IGFBP1, the more glucose is available to cancer cells.

The researchers found that some of the glucose regulation is made by bacteria in the gut. Cancer appears to undercut healthy cells and the way they use insulin. “It’s a classic parasite trick: Take advantage of something the host does and subvert it for your own purposes,” Jordan stated. “The fairly prevalent observation is that cancer patients have a condition called cachexia, basically wasting away—you lose weight. If cancers are inducing systemic changes that result in depletion of normal energy stores, this could be part of that story.”

Researchers with the University of Pennsylvania recently reported an isolated case in the journal Nature Medicine of CAR-T therapy accidentally reconfiguring a cancer cell that allowed it to hide from the immune system.

Immuno-oncology, and CAR-T, is a process where immune cells are taken from the cancer patient, sent to a laboratory and engineered to attack the specific cancer. They are then reinfused into the patient, a kind of “living drug,” where they grow and attack the cancer. They come with certain risks, usually neurotoxicity and cytokine release syndrome, which physicians have developed ways to manage. In this case, a 20-year-old male with B-cell acute lymphoblastic leukemia was treated with a form of CAR-T therapy in a clinical study with the University of Pennsylvania. He initially went into complete remission. However, nine months later he relapsed and died.

What appears to have happened was a single “rogue cell” that was genetically altered by the therapy, survived the treatment and continued to grow and divide. When the white blood cells are “captured” in the initial process, some cancer cells are collected along with them. And the process of genetically modifying the immune cells can also genetically modify the cancer cells, if they aren’t weeded out before. They typically die on their own or are attacked by the reprogrammed T-cells. But because of the genetic modifications, it was “immune” to the immune cells programmed to attack the cancer.

Marco Ruella, an assistant professor at the University of Pennsylvania’s medical school and lead author of the report, told The New York Times, “It is exceptionally rare. But it warrants close monitoring of patients, and improvement of the manufacturing process.”

A Natural Product that Can Slow Aging

This is one of those research stories that should surprise no one. Researchers at the University of Minnesota Medical School and the Mayo Clinic earlier published research showing it was possible to decrease the burden of damaged cells, otherwise called senescent cells, which can extend lifespan and improve health. The researchers, Paul D. Robbins with U of M and James L. Kirkland and Tamara Tchkonia of Mayo, have published newer researcher that identifies a product, Fisetin, that appears to have a significant positive effect on health and lifespan. Where does one find Fisetin? Fruits and vegetables, of course. (It is also available as an over-the-counter supplement).

The scientists published work in the journal EBioMedicine, describing how Fisetin reduced the cell damage in aging mice, which resulted in improvements in health and lifespan.

“These results suggest that we can extend the period of health, termed healthspan, even towards the end of life, “Robbins stated. “But there are still many questions to address, including the right dosage, for example.”

So fruits and veggies are good for your health. Who knew?

Screening for new drugs is a tedious, massive project. Pharma companies literally have warehouses filled with high throughput-screening machines sorting through millions of compounds. They’re always looking for better ways of doing this. Researchers from Carnegie Mellon University, the University of California, San Diego (UCSD), and St. Petersburg State University in Russia, developed an algorithm capable of efficiently identifying antibiotic candidates. They published their results in the journal Nature Communications.

The algorithm is called Dereplicator+, and it ran on 100 computers and sorted through a billion mass spectra in the Global Natural Products Social molecular network at UC San Diego. In just one week, it identified more than 5,000 promising, unknown compounds that merit further research.

The researchers point out that the mass spec data repositories have tended to be underused because of search difficulties and because they have tended to rediscover known compounds over and over again. “It’s unbelievable how many times people have rediscovered penicillin,” stated Hosein Mohimani, assistant professor in CMU’s Computational Biology Department and first author of the study.

Dereplicator+ is now available for use by any investigator to evaluate additional repositories, Carnegie Mellon indicates.

One thought on “Research Roundup: HIV, the Microbiome and Cancer, and Fruits & Veggies” Σχολιάστε ›