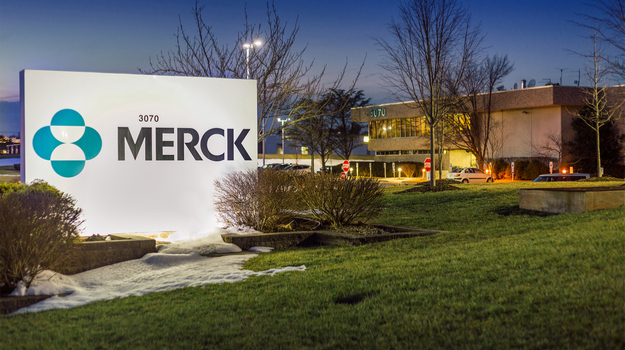 Merck’s Keytruda is set to become a cornerstone therapy in the treatment of kidney cancer. On Friday, the U.S. Food and Drug Administration (FDA) granted priority review to a combination of Keytruda and Inlyta as a first-line treatment of patients with advanced renal cell carcinoma (RCC).

The FDA awarded Merck the shortened timeline for review for its new supplemental Biologics License Application for the combination of Keytruda, a PD-1 inhibitor and Pfizer’s Inlyta (axitinib), a tyrosine kinase inhibitor, for RCC. The FDA is expected to make its decision on the combination treatment by June 20.

The FDA accepted the sBLA based on data from Merck’s Phase III KEYNOTE-426 trial. In that trial, the combination of Keytruda and Inlyta demonstrated the combination treatment significantly improved overall survival (OS) and progression-free survival (PFS) in the first-line treatment of advanced RCC in comparison to sunitinib, an oral, small-molecule, multi-targeted receptor tyrosine kinase (RTK) inhibitor. The data from KEYNOTE-426 was presented last week at the 2019 Genitourinary Cancers Symposium (ASCO GU) in San Francisco. Merck said results from the trial were consistent across all subgroups, regardless of PD-L1 expression. The sBLA also included supporting data from the Phase Ib KEYNOTE-035 trial, the company said.

Thomas Powles, lead investigator of the KEYNOTE-426 and director of Barts Cancer Centre, said historically patients with advanced RCC have faced five-year survival rates of less than 10 percent. The new survival data from the combination of Keytruda and Inlyta “offer the potential of a new treatment option for patients with advanced renal cell carcinoma.”

According to Merck, findings from the first interim analysis of the Phase III trial showed that the combination of Keytruda and Inlyta reduced the risk of death in patients by 47 percent. That significantly improved overall survivability compared to sunitinib alone, the company said. In PFS, the combination treatment showed a reduction in the risk of progression of disease or death of 31 percent compared to sunitinib. In the study, the Overall Response Rate was 59.3 percent for patients who received the combination treatment and 35.7 percent for those who received sunitinib. Data showed a complete response rate of 5.8 percent and 1.9 percent and a partial response rate of 53.5 percent and 33.8 percent, for patients receiving the Keytruda combination or sunitinib, respectively.

For Merck, Keytruda has become a key asset in its oncology program. As of November, the drug has been approved 14 times by the FDA for various indications – either as a standalone or in combination with another asset. Sales of Keytruda generated more than $3.8 billion for Merck in 2017.