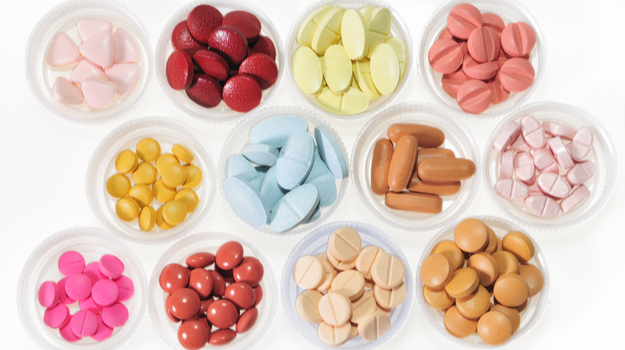 Biogen released new data from the NURTURE clinical trial, which adds data to the longest study of SMA in pre-symptomatic infants.

SMA is a rare, genetic neuromuscular disease caused by a defective or missing SMN1 gene. Infants with SMA lose the motor neurons responsible for muscle functions such as breathing, swallowing, speaking and walking. The disease can lead to death.

Biogen presented the new data at the Cure SMA Annual SMA Conference in Anaheim and at the 5th Congress of the European Academy of Neurology (EAN) held in Oslo, Norway.

The data reported the drug’s efficacy and safety for up to 45.1 months after treatment and demonstrated continuous improvement for the vast majority of patients achieving motor milestones in a normal timeframe.

Revatio is approved to treat adults with pulmonary arterial hypertension (PAH). PPHN is another type of high blood pressure which can be life-threatening. Prior to birth, a baby’s blood circulates differently in the uterus. With PPHN, the child does not shift over from fetal to normal newborn circulation, and blood is forced away from the lungs because of the high blood pressure in the arteries leading to the lungs. This decreases oxygen supply to the body.

The Phase III clinical trial had two consecutive parts. The first, Part A, was a randomized, placebo-controlled, double-blind interventional phase. It assessed the efficacy and safety of the therapy. The results reported today are based on Part A.

Part B is the non-interventional phase with follow-up at 12 and 24 months after the end of the trial to evaluate developmental progress. Part B is ongoing.

The trial did not result in a statistically significant decrease in treatment failure rate or time on iNO compared to treatment with iNO alone.

The primary endpoint of the Phase Ib trial was safety and tolerability of the therapy. Secondary endpoints measured expression of mini-dystrophin distribution within muscle fibers.

DMD is a genetic disease marked by progressive muscle degeneration and weakness. It primarily affects boys. Boys with the disease often die in their 20s.

The preliminary data showed the most common adverse events were nausea, vomiting, decreased appetite, tiredness and/or fever. Preliminary efficacy data included muscle biopsies of the biceps taken two months after dosing in a small subgroup of the trial. It showed detectable mini-dystrophin immunofluorescence signals with a mean of 38% positive fibers at one dose and 69% at a higher dose.

Boston Biomedical reported that its CanStem111P trial investigating napabucasin plus weekly nab-paclitaxel with gemcitabine compared to weekly nab-paclitaxel with gemcitabine in metastatic pancreatic ductal adenocarcinoma is being halted. This was based on a recommendation by the independent Data and Safety Monitoring Board (DSMB) review that was scheduled for the halfway mark of the trial. Although there were no new safety concerns, the results apparently did not indicate there was sufficient efficacy to continue. Napabucasin is an oral drug bioactivated by NQO1, which creates reactive oxygen species (ROS) that affect multiple cancer pathways, including the STAT3 pathway. The drug is also being evaluated for metastatic colorectal cancer and in solid malignancies.

Calithera Biosciences treated its first patient in a Phase I/II trial of its glutaminase inhibitor telaglenastat (CB-839) in combination with Pfizer’s CDK 4/6 inhibitor Ibrance (palbociclib). The trial will look at the combination to treat patients with KRAS-mutated colorectal cancer (CRC) and KRAS-mutated non-small cell lung cancer (NSCLC). Telaglenastat is designed to block glutamine consumption in cancer cells. Cancer cells consume a lot of energy, primarily glucose and glutamine, to support the increase in cell division. Mutations in KRAS allow for this increased metabolism.

TG Therapeutics presented long-term follow-up data from the Phase II and Open-Label Extension (OLE) trial of ublituximab (TG-1101) in relapsing forms of multiple sclerosis (RMS). The drug appears to be well tolerated with a median duration of follow-up of 97.5 weeks. No patients discontinued the trial because of adverse events related to the drug. The data were presented at the 5th Congress of the European Academy of Neurology (EAN) in Oslo, Norway.

Genentech, a Roche company, announced that its Phase III MINISTONE-2 clinical trial hit its primary endpoint, showing that its Xofluza (baloxavir marboxil) was comparable to its own Tamiflu (oseltamivir). It was also well-tolerated in children with the flu. Genentech hasn’t released much actual data on the trial other than to say that it met its primary endpoint, showing that Xofluza was well-tolerated in the children and that it was comparable to Tamiflu at decreasing the symptoms and duration of the flu. Full results with be presented at an upcoming medical conference.

The trial compared Xofluza to Tamiflu in children between the ages of one and 12 years with the flu. Tamiflu has been on the market for 20 years. Xofluza is approved broadly in Japan and for people older than 12 years in the U.S. The company is hoping to market Xofluza as an alternative to Tamiflu that is more convenient. Tamiflu has to be taken twice a day for five days, and is off-patent, making it vulnerable to generic copies.
Unum Therapeutics announced that the FDA had placed a clinical hold on its Phase I non-Hodgkin lymphoma trial over safety concerns. This is the second clinical hold placed on the drug. The ATTCK-20-2 trial is evaluating ACTR087 in combination with Genentech’s Rituxan (rituximab) after lymphodepleting chemotherapy with fludarabine and cyclophosphamide in patients with relapsed/refractory CD20+ B-cell non-Hodgkin lymphoma. Apparently, one patient in the safety expansion cohort of the trial experienced serious adverse events including neurotoxicity, cytomegalovirus infection, and severe respiratory distress.